Our dinner theatre is hilarious by nature…deadly by design! The first cocktails of the evening…playful laughter, casual socializing…”hahaha” and then…a sudden surprise as shots ring out! Was that a hitman? Was it a guest? Did the detective just take down a felon or eliminate a potential witness? Could it be an inside job? Does he get the “hit” or does he get himself shot; from that moment on…it’s anybody’s game! A homicide detective arrives and every eye scans for the guilty party. Who will reveal the truth and who will unveil the real culprit? Who hired him? Why? Should anyone beware? Has “fun” just begun? How long has the barkeep been employed? Who else is involved? Is that your real hair colour? 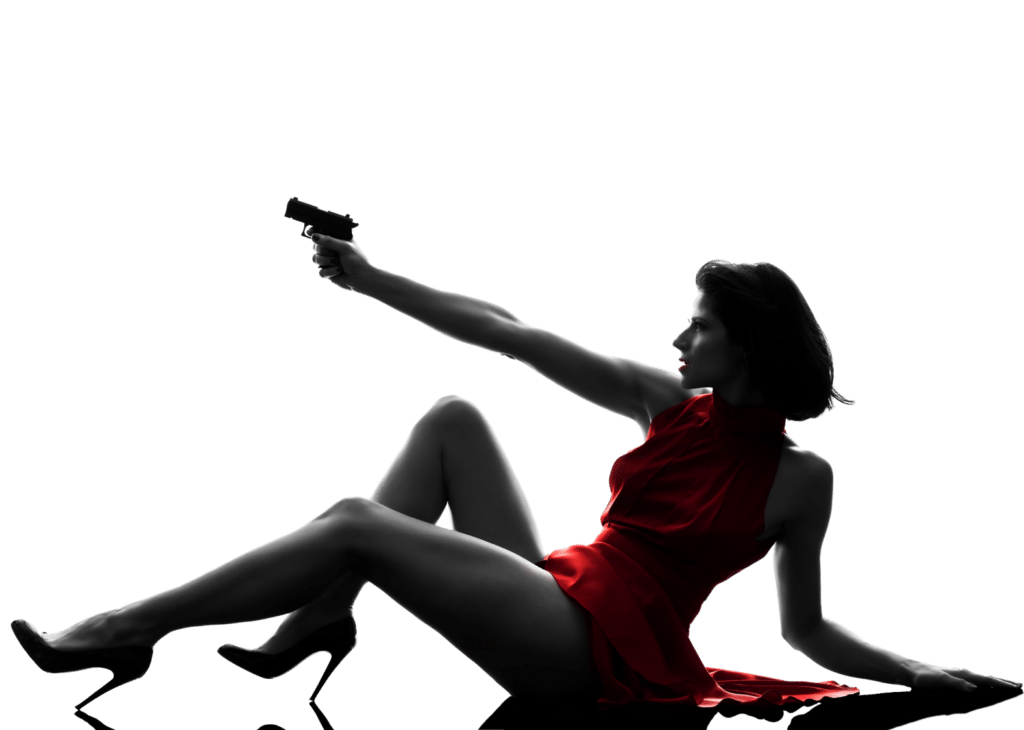 Comedy is the key ingredient. Hilarious Mystery & Mayhem! You have just become the leading sleuth in one of the most unique experiences, available anywhere in the world – an evening of Murder, Mystery & Mayhem. Our professional murder mystery writers, directors, actors and producers have combined their talents to produce hundreds of live “whodunits” worldwide since 1986 – Chris Hill is the producer. Slixer Murder Mystery dinner theatre is always staged in an environment of fine food, unique environments and plenty of ambiances; each event has a customized script created along with a professional cast rehearsed in the plot. The actors then arrive just like the real guests with no one knowing who they are – incognito. That’s when all the fun begins!

At any given moment you could be talking to a murderer, a potential victim or just plain innocents. But that’s all part of the fun as wild scenes sporadically erupt. We perform our murder mystery theatre in: Victoria, Vancouver Whodunit, Edmonton, Calgary Murder Mystery, Regina, Saskatoon, Winnipeg, Toronto Whodunit, Ottawa, Montreal Boston, Chicago, Seattle Murder Mystery, Los Angeles, San Francisco, Portland, New York, Washington DC and all points in between. Please request a quote for a detailed breakdown based on your needs. If you are interested in our public murder mystery theatre schedule for your city, please click the button below and we’ll send you the latest schedule as soon as it becomes available.